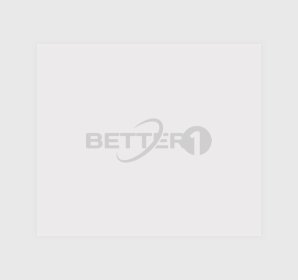 Shop with confidence this Black Friday

Shop with confidence this Black Friday

Bring Any Surface to Life

With just a few quick taps on a surface, you can instantly start a task (or even a whole list of tasks). Simplicity and convenience is just a tap away.

Knocki blends beautifully into any environment. It can even be mounted invisibly under a table or behind a nightstand.

No smart home? No problem! – Knocki does many things right out of the box. For example, you can set up a gesture to find your lost phone, order pizza, or even get a message if someone knocks your front door. 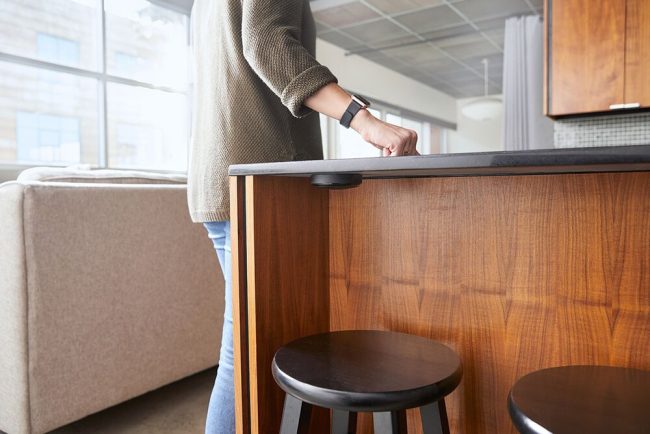 Tackle any Task, Large or Small

Instantly transform tables, walls, doors, and more into powerful control interfaces so that your favorite tasks are always within reach. 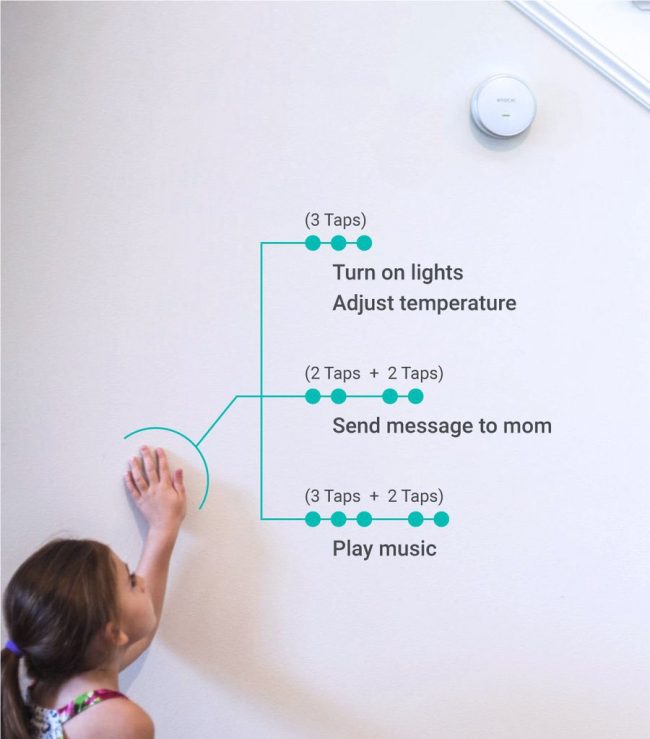 Over 16 million color combinations to choose from. Easily bring life to your room or set the mood directly from your smart device 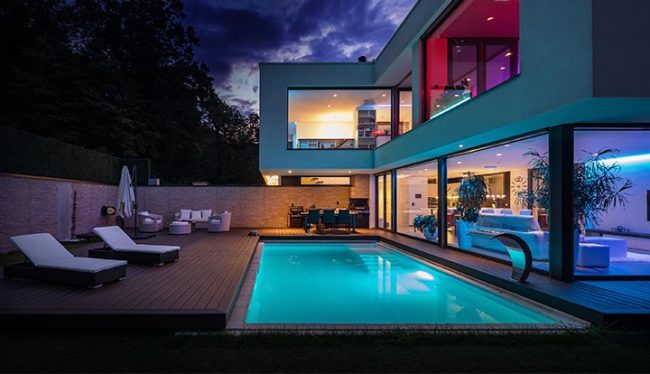 Use simple voice commnads to control your smart device with Amazon Alexa or Google Assistant Adjust the intensity of the light directly through the app, without the need of having to install an electrical dimmer switch 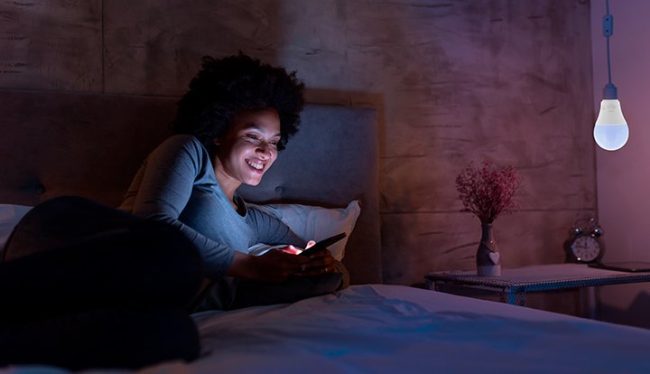 Knocki reliably identifies simple gestures defined by taps or knocks on a surface. Gestures can be defined by a quantity (two, three, four, or more taps), or even by more complex patterns (two taps + three taps) for more secure functions.

For example, a double tap can be set to turn on a light, and a more elaborate sequence (two triple taps followed by a double tap) can be used to unlock a smart lock.

One Knocki can store up to 10 unique gestures, turning any surface into a remote control with many functions.
A gesture can trigger a single action (e.g. “find phone”), or a set of actions (e.g. “door locked” + “lights off” + “home security armed”). 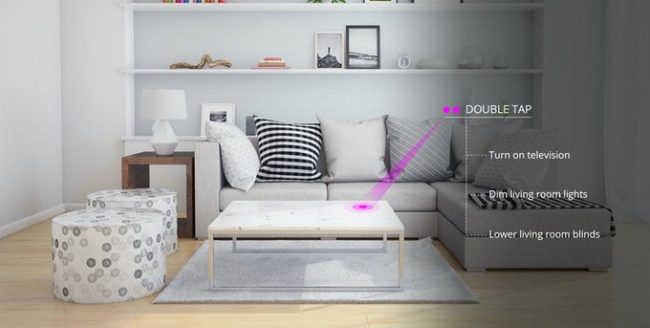 A Few of the Many Use Cases 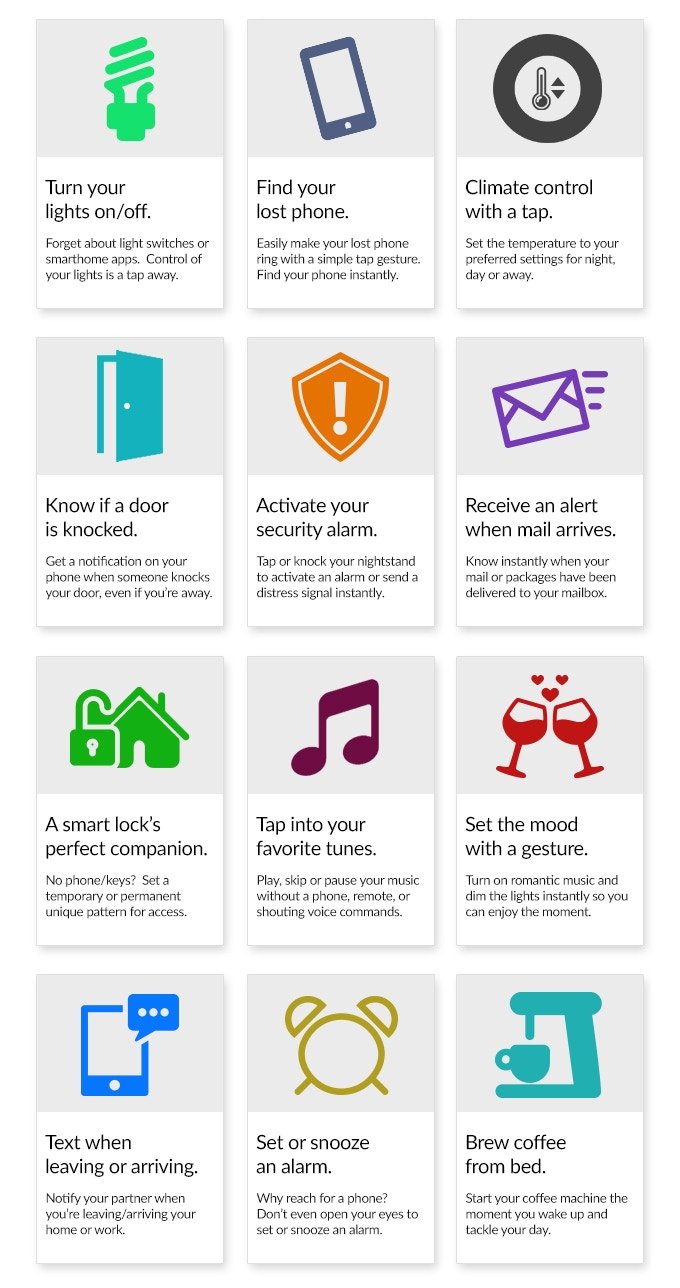 At Better1.com, we make it simple. We offer a single rate shipping starting at $9.99 across Canada for orders under $99.99* and the more you spend, the cheaper shipping will be. Spending $100 or more? Then shipping is only $4.99, and if you’re spending $200 or more, then shipping is on us!

We use standard ground courier delivery services to deliver your purchases, typically within 3-5 working days.

We want our customers to feel great about shopping at Better1.com.  With our 15-day return policy*, you’ll have the time to make sure that your purchase was right for you.  Returns in new factory sealed condition with original packaging and accessories are eligible to receive a refund.
Become a member

There are no questions yet. Be the first to ask a question about this product.

You must be logged in to ask a question. Login or Register

Other Products in this Category